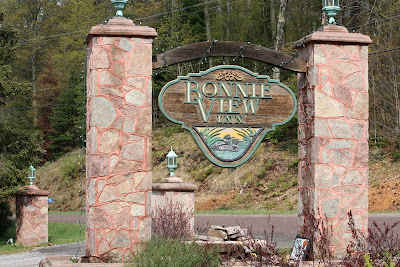 The pulsating jets of the jacuzzi gently pummeled my aching back relieving pains that had been deep and pervasive for weeks. I felt buoyant in the warm swirling waters as taunt muscles relaxed for the first time in weeks.

Linda and I had finally made it to the Bonnie View Lodge in Haliburton, about a two hour drive north of Toronto. We had left Linda's car at the dealer to repair her radiator, my computer at Staples and Lindsay with Steven.

The drive had taken a little longer than expected due to the incessant rain but the world was parched and the rain was sorely needed. The Bonnie View was not our first choice for accommodation, nor our second. It had actually been our sixth. We had originally booked for three nights, but had had to cancel Sunday evening due to my oncologist booking a bone scan for me on Monday morning and then had had to cancel Friday night due to Lindsay's discovery of a hole in our fence.

But now we were here and the warm waters of the jacuzzi were easing my soul. 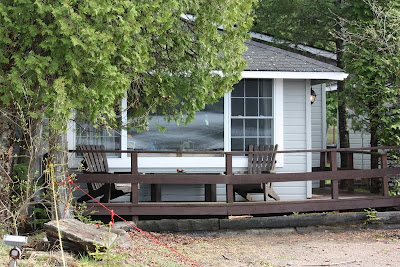 Linda was off at a shower for one of the women at her work. We had chosen the Haliburton area for our 40th Wedding Anniversary, in part, because all of the women on her staff were gathering at a cottage nearby for the shower.

So I was alone and almost floating in the jacuzzi, watching the rain fall on the vast waters of the northern lake through the secluded cabin's large picture window. It was unfortunate I couldn't rebook my massage but the spa at the Bonnie View was fully booked and I was out of luck. Then again, I'd been feeling out of luck for several days now, so that was nothing new.

The warning buzzer went on the jacuzzi, alerting me my time was up. Reluctantly I crawled out of the tub and put on the robe the Lodge supplied, lay down on the soft leather couch, picked up a book and started to read.

Above me I could hear the sound of the rain gently pattering on the roof. 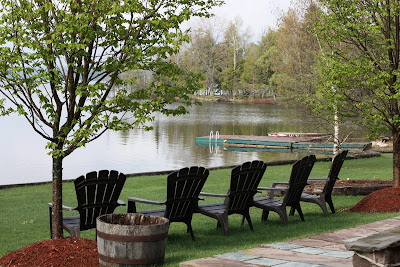 I woke up two hours later as Linda arrived back from the shower animated with stores of the huge cottage she had been to with three stories, five bedrooms, three baths and a great room large enough to seat all 20 members of her staff around one massive table.

And as I saw her smiling and laughing it was as if I had managed to leave all my misfortunes, and my pains, all my worries and illnesses two hundred kilometres to the south.

It was a shame we would be leaving tomorrow but inconceivable that life could hold any further troubles for us. We had had more than our share this weekend already.

But of course life is great at pulling the inconceivable out of its sleeve. Ta Da!

And it still held two major surprises for me. One medical and one involving the Federal Government.